Food Storage Now! Can you afford to wait?

I wanted a way to charge phones, ham radios, flashlights, power small appliances and do it with just the power of the sun. There are many off the shelf solar generators. I considered one from Goal Zero, but decided to do it myself.

Why build your own solar generator? I like to understand each component, make it just the way I want it and save money. If something goes wrong with it, I'll know how to fix it or how to cannibalize the parts. If the solar controller is fried, it is easy to rip the inverter out and hook it up to a car - try that with a Goal Zero. Don't get me wrong, I'm sure they make great stuff, but if it breaks I'm not likely to be able to fix it myself. A DIY solar generator is made from off the shelf parts that you can replace or upgrade yourself.

This project, Solar Rolr, has been used to run a CPAP machine all night. It looked like it would be able to for 2-3 nights without being recharged. With a 100 watt panel and good sun it should be able to run a small 12v fridge all day. 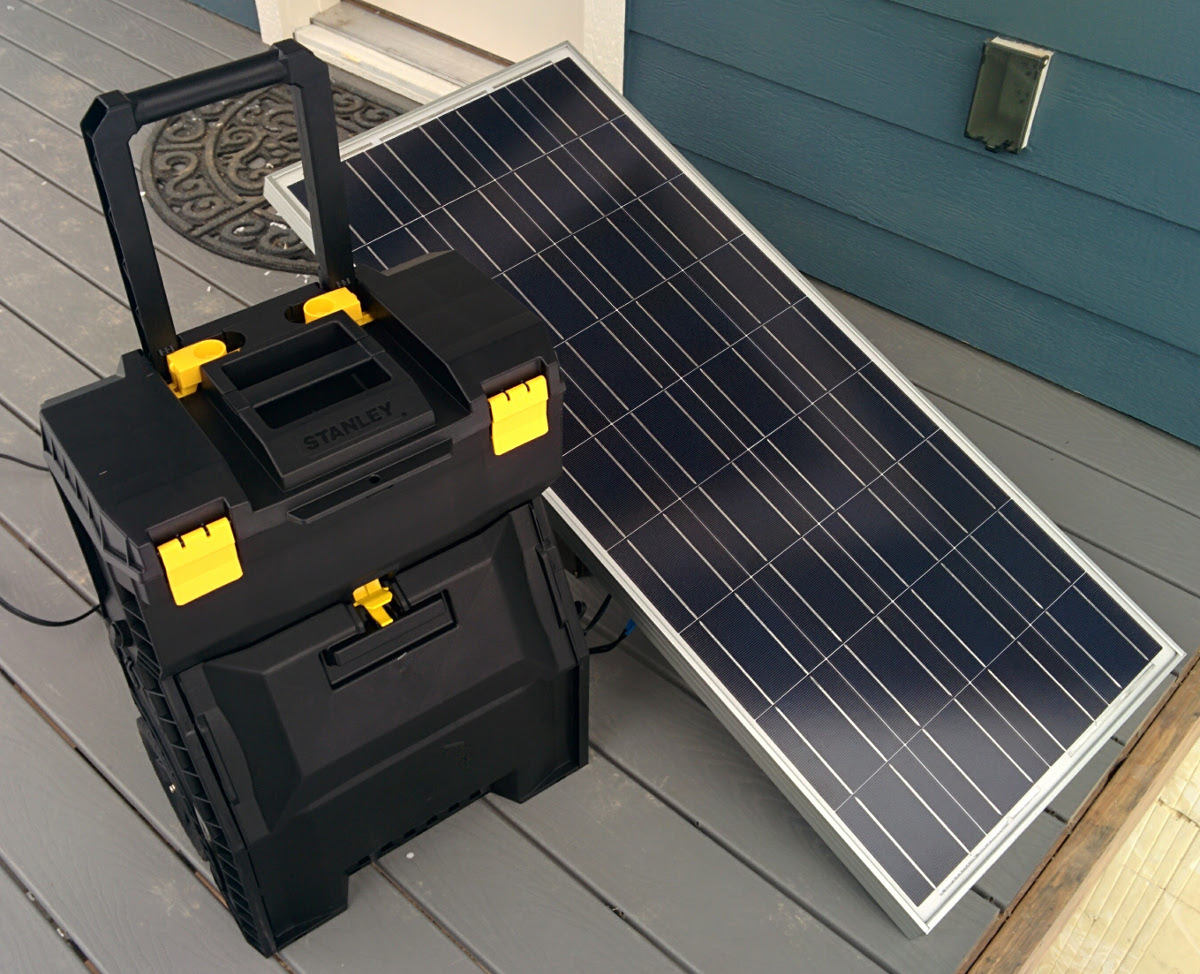 The Solar Rolr next to a 100w solar panel.

The Solar Rolr with a 20w panel and 12v fridge. 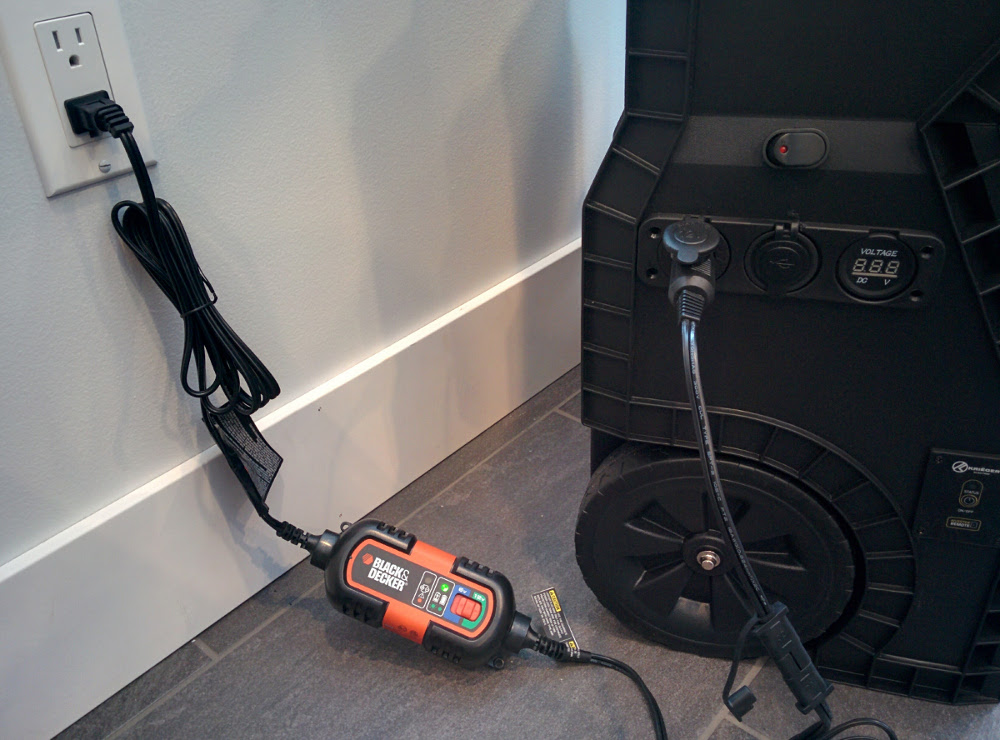 The 12v outlet is fused, but not switched (like everything else). That way I can use the 12v port to hook up the battery maintainer. On this side: low voltage power switch (top), 12v port, USB ports, voltage meter (middle row), inverter switch (lower). 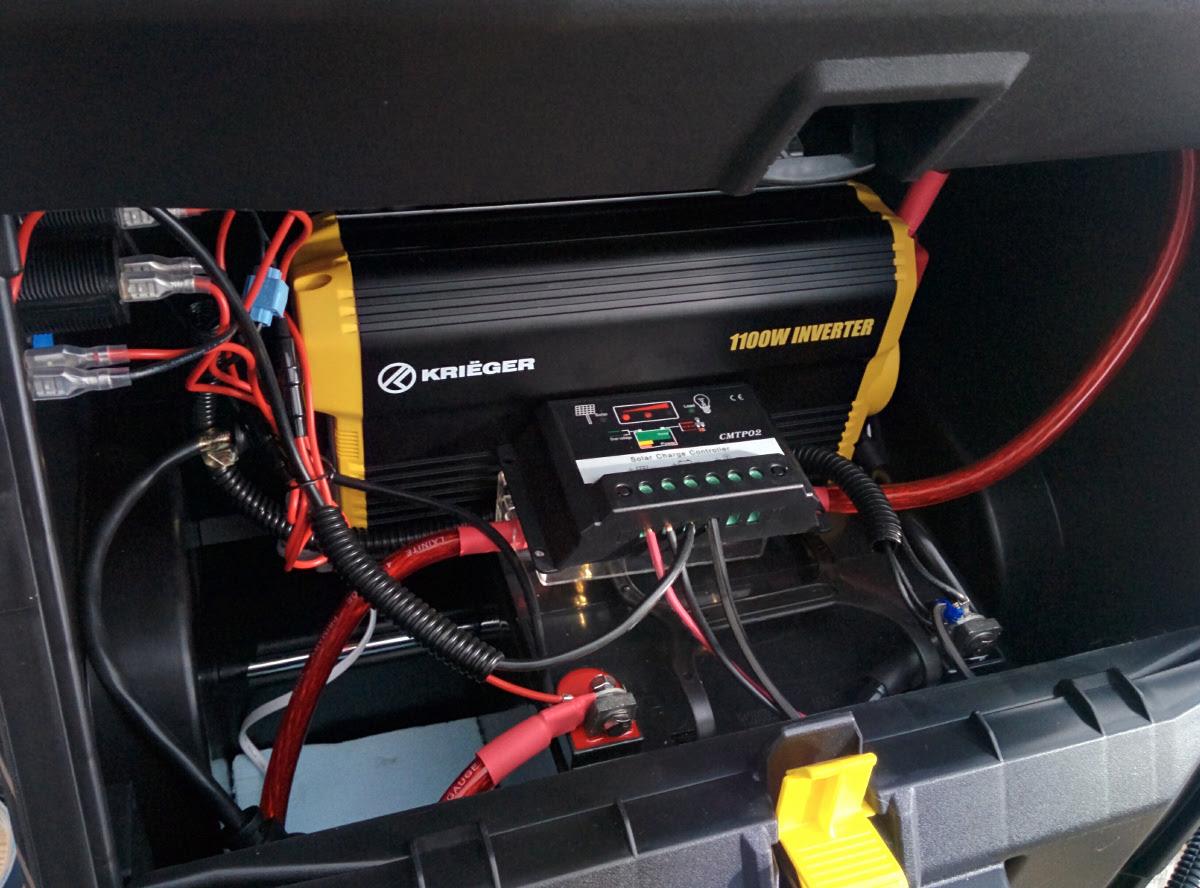 I drilled all the holes in the side and back, mounted the Krieger 1100w inverter to the back of the toolbox, installed the battery and got the cables to the inverter hooked up and then took care of the smaller wiring. 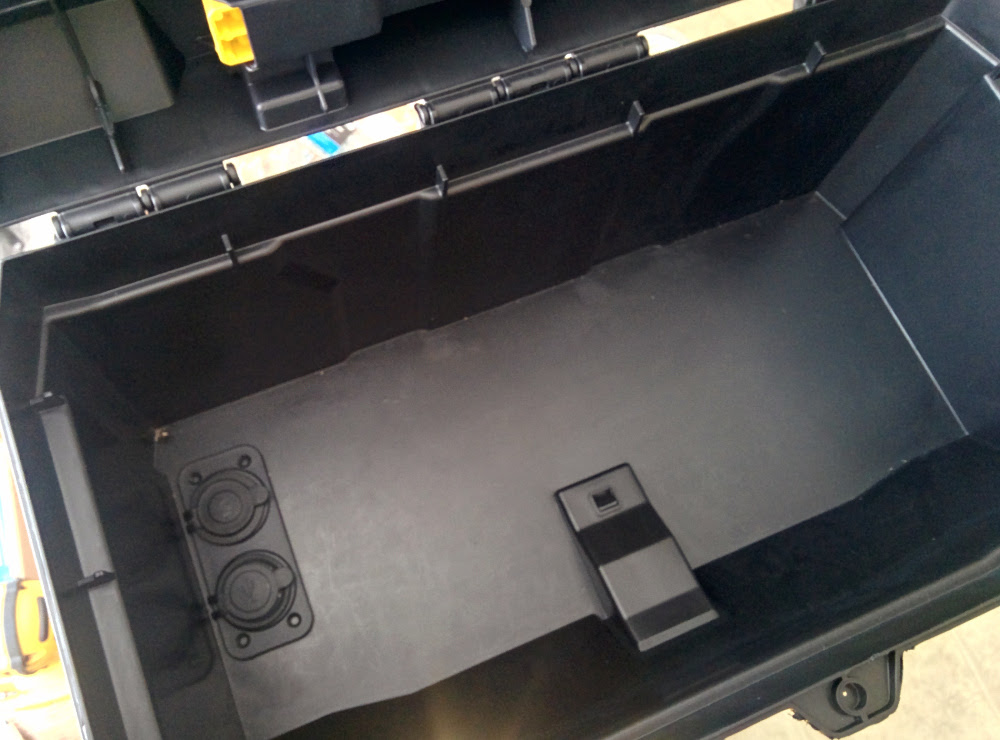 There is a 12v outlet and USB outlets in the top toolbox compartment. That way I can plug in a battery bank or charger and leave it in the top of the box.